In 1982, researchers at the University of Wisconsin were curious about how people achieved results once they learned something. They came up with a study in which they would videotape two groups of people bowling several games. Later, members of each team studied a copy of the videotape in order to improve their skills. But there were two versions of the video. One team received a video showing only the times when team members made mistakes. The other team received a video only of the times when members performed well. After the bowlers studied the videos, they came back to the bowling alley to play another game. Both teams improved their scores, but the team that studied its successes improved its score twice as much as the one that studied its mistakes. 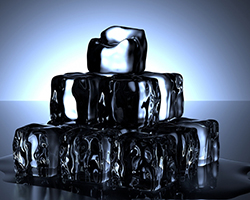 For nearly a year, we have been creating a mental videotape of a catastrophic pandemic that will play in our heads for decades to come. We will turn to the historical record on occasion when new challenges arise or when we’re forced to adapt further. We’ll look back and see what we did to get through this time.

But will we see all of our mistakes? Or will we see how well we performed under pressure? How we edit the video, so to speak, will be fateful for the future of our resorts, communities, and industry.

The mountain resort industry’s recent Covid experience reminds me of the work of Kurt Lewin, a pioneering social scientist seen by many as a founding father of modern organizational change theory. In the 1930s, he developed what came to be known as Action Research: “A means of systemic inquiry for all participants in the quest for greater effectiveness through democratic participation.” Today, that would be paraphrased as “unleashing human potential” or “democratizing organizational change.”

Since March 2020, resorts and the industry as a whole have undertaken a systemic and unintentional Action Research experiment. With the help of SAM’s Huddles, industry-specific podcasts, social media influencers, virtual conferences, association newsletters, and a flood of customer feedback, the entire industry has been engaging in “systemic inquiry” in the form of asking questions of itself in an attempt to understand and prepare for what’s next.

Dr. Lewin would say that we’ve “unfrozen.” A simplified version of his change model is “freeze—unfreeze—refreeze.” For systems to change from their frozen state, they must unfreeze like a melting ice cube. This makes the system less rigid and more capable of morphing into something else.

The industry has unfrozen, and it’s ready to be reshaped. While some might want it to re-freeze the way it was before the pandemic, we all know that’s not possible. We have an entirely new world in which we must now operate. Yet, we still have an opportunity to determine the new shape of the industry.

If we want to build on our collective strengths, we need to watch the positive videotape. There are six guiding principles that can point the industry in a positive direction, so that when it refreezes, it’s in the strongest shape possible.

The Constructionist Principle: Organizations evolve in the direction of the images we create based on the questions we ask as we strive to understand how our systems work. So, asking “what went wrong” will only give us a list of problems we encountered. Asking “what went right” will surface our creative and innovative thinking that met the moment well.

The Principle of Simultaneity: Change begins the moment we ask questions. We often think of change as an initiative or project, but the seeds are planted much earlier than that. If change begins to happen this early, our questions are fateful.

The Anticipatory Principle: Our behavior in the present is influenced by the future we anticipate. That is, if we imagine the industry refrozen in a new, better form, we’ll start behaving as if it’s already true. Creating the shared vision enables us to manifest that destiny.

The Poetic Principle: Poets have no constraints on what they write about or how. Likewise, we have no real boundaries on what we can inquire about or learn from. We see this in Design Thinking all the time. I remember a design session where someone said, “now imagine Elvis Presley using your product.” That disruptive thought led to interesting new features. Freeing your mind of assumptions and self-limiting beliefs puts new realities within reach.

The Positive Principle: The more positive the questions used to guide a change process, the more long-lasting and effective the process will be. A good example of this can be found in improv comedy. Try this: With a friend, set a timer for 90 seconds and start every sentence with “Yes, and…” Have someone count how many sentences you are able to say. Then try the same activity with “No, but…” What do you think happens?

The opportunity to re-imagine the mountain resort industry is here. And, to borrow a page from the SAM Summit Series Bootcamp on Resilient Leadership, we have all the resources (e.g., human capital) we need to co-create the future.

One way to take advantage of our current unfrozen state is to engage the entire system and everyone in it (e.g., the whole industry, but also a community or a single resort) in a five-step approach that uses the aforementioned principles to co-create a positive future.

Consciously focusing on the positive and framing questions that way is a critical starting point in re-imagining the new normal. British Airways famously did this to recover from the disastrous opening of Terminal 5 at Heathrow, which, among other faults, continuously sent passenger baggage into the abyss.

Instead of asking, “What’s wrong with the baggage system?” they asked, “How might we create an outstanding arrival experience for our customers?” That positive question pointed everyone’s attention to a positive vision of the future instead of all the deficits latent in the system.

Focusing on what has gone well reminds us that there’s still a lot left in our system, that there’s a lot to celebrate, and keeps us from getting sucked into a vortex of negativity. And collecting stories of positive moments from as many people as possible—seasonal employees, full-time employees, customers, business owners, elected officials, community leaders, etc.—the entire system begins to re-energize, see itself anew, and gain momentum to start the hard work of positive change.

Step 3: Look for Themes in the Stories

Again, with as many people involved as possible, share the high-point stories and begin to look for patterns. The themes that emerge represent the “special sauce” of the industry—the so-called life-giving force that makes it so resilient and appealing. This list could be written as the conditions that always lead our industry to moments of excellence when we’re faced with a daunting challenge.

Articulate a shared image or dream of the most desired future for the entire industry (or resort, or community). Invite all stakeholders to the table to engage in discussions about the industry’s position, its potential, its calling, and the unique contribution it can make to global well-being.

Step 5: Innovate and Improvise Ways to Create the Future

The last step before refreezing is, again, engaging as many members of the industry as possible to clearly articulate the steps necessary to make the future vision a reality. In large systems, “initiative groups” or “steering committees” would form and carry parts of the work forward. In smaller systems or in organizations, individuals could make commitments to actions they would take.

We can unlock collective wisdom at speed and scale to refreeze as a more nimble, sustainable, inclusive, and viable industry. The process described here has been used in mergers of global companies and humanitarian efforts. It’s also been used in small organizations like libraries and schools. Regardless of the size of the organization, this process engages the whole “system” to democratize change.

In 50 years, what will the next generation of industry leaders say about us? We hope they’ll say, “Those folks back in 2021 built on the strong platform of the industry’s strengths to create this amazing thing I get to work in every day.” Or will they say something else? It depends on which tape we watch and what we do with it.

Paul Thallner is CEO and founder of High Peaks Group, a company that helps organizations create workplace greatness so businesses and their people can truly thrive. www.highpeaksgroup.com

Paul Thallner is CEO and Founder of High Peaks Group, a U.S.-based consulting firm that helps leaders and organizations tackle the tough people challenges in order to accelerate business performance.