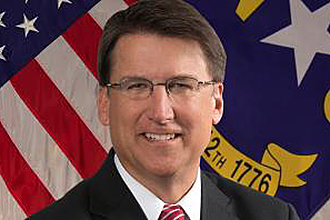 House Bill 39 directs the state department of labor to study the regulation of zip line operations, and also asks for a review of, and potentially increasing penalties for, wrongdoing related to carnival ride accidents. The bill calls for a six-month study of more than a dozen areas of interest, including the number of zip lines in the state, whether any counties or cities regulate zip lines, the number of reported accidents, and an analysis of any existing regulations in other states. The report is due from the Department of Labor by Feb. 1.

Rep. Ted Davis Jr., who was a relative of the girl who died, told the Associated Press that he first introduced the bill in 2013, in response to an accident at the North Carolina State Fair, where five people were injured on an amusement ride. That bill passed both the House and Senate earlier this year. After the camp fatality he added a provision to study zip line regulations.

“This is not a knee-­jerk reaction, it will not be helter­skelter, it will be a well­-thought­-out, well-planned endeavor, so we will come out with real good legislation to ensure the safety of those who ride zip lines,” says Davis. •