You are at:Home»Park Briefs»Zip Line Closed After Fatal Incident in North Carolina
By Troy Hawks on June 29, 2015 Park Briefs 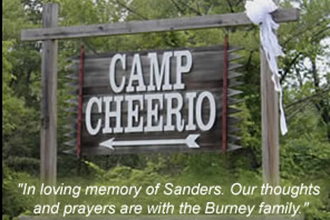 A zip line at a popular YMCA summer camp in western North Carolina remains closed, and investigations are on-going, after an equipment failure June 11 that resulted in the death of a 12-year-old girl.

David Ozmore, president of the YMCA of High Point, which runs Camp Cheerio in Alleghany County, said a rope securing the girl to the zip line snapped, causing her to fall into a ravine about 20 feet below. The Alleghany County Sheriff’s Office and Inner Quest, of Purcellville, Va., and the company that trained camp staff routinely inspected the zip line, are investigating the incident.

Ozmore said that around 3 p.m. on the day of the incident, a 29-year-old employee secured the girl into a harness that was connected to a pulley above by a single rope. The girl took off from the platform and traveled about 200 yards when the rope snapped. Ozmore said camp emergency responders arrived immediately to provide CPR and a defibrillator.

Randy Smith, co-CEO of Inner Quest, described the break in the rope as a cut, partly caused by melting. Ozmore said it appeared the lines may have tangled, causing the tether attached to the child to wrap over the zip line, causing it to snap. He said investigators were re-creating the conditions to better determine the cause of the incident.

Inner Quest applies the Association for Challenge Course Technology’s standards. It last inspected the camp’s courses in March, and trained staff on May 27, 28 and 29, Ozmore said.

Commercial zip lines in North Carolina are not regulated by the state, and are specifically excluded from the list of amusement rides regulated by North Carolina’s Department of Labor. At least nine states – Arkansas, California, Colorado, Illinois, Massachusetts, New York, Pennsylvania, Virginia and West Virginia – regulate commercial zip lines. Though North Carolina does not require it, the YMCA of High Point has its zip lines and challenge courses at Camp Cheerio inspected annually, Ozmore said.