Scott Andrews, policy director for the Association for Challenge Course Technology, has left the association as of early August. 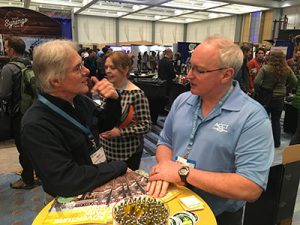 In a statement, the Association said, “In early August, ACCT said good-bye to policy director Scott Andrews. After volunteering as a standards committee member, standards committee chair, and board member, Scott became the policy director working to support the Consensus Group and advance regulation advantages to the challenge course industry. Scott also contributed to five editions of the standards during his ACCT tenure.

“The Association for Challenge Course Technology would like to thank Scott for his many years of service to ACCT and the challenge course industry.”

Interim duties of the policy director are currently being fulfilled by ACCT executive director Shawn Tierney.