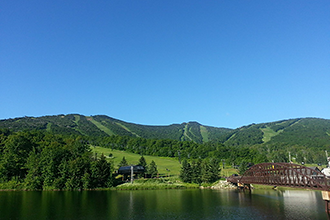 New summer attractions to be located
in the Snowshed base area.

It’s nicknamed the “Beast of the East” because it’s one of the largest ski areas in North America. This summer, Vermont’s Killington gets even more beastly, with $3.5 million in capital investments in summer operations, including a ropes course.

Eight new attractions will be unveiled at Killington this summer including: a 4,800-foot alpine mountain coaster; a four-story ropes course with 42 obstacles set above a 5,000-square-foot maze; and a 1,200-foot-long, two-passenger Sky Ride that transports riders more than 200 feet in the air.

“Killington won’t just have a different look this summer, it will have a whole new energy,” said Mike Solimano, president and general manager. “This investment is a significant effort by the resort to grow summer business, and will bring more visitors and extend stays during our non-winter months.”

Resort officials have not yet released the name of the construction firm, but said that the infrastructure has been purchased, and the process of finalizing contracts is underway and may include an operation partnership. The build will begin this spring, after ski operations shut down for the season. All of the new attractions will be located at the Snowshed base area.

The Grand Opening is slated for June 26, with the alpine mountain coaster expected to open Aug. 1. The resort’s summer operations will conclude Oct. 18, so the mountain can prepare for snowmaking, but the coaster will operate year round.

The investment will also fund other new activities such as Segway tours, ATV/UTV mountain tours, re-designed and expanded beginner and intermediate mountain bike trails, and a new hiking center.