A study released in late February by IAAPA, the attractions industry association, revealed 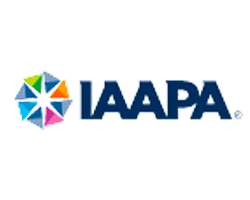 that employment in the attractions and arcade world dropped five times more than the average across all industries due to the impacts of Covid-19 during 2020. The data show that the adventure park industry fared comparatively well, when comparing the IAAPA data to that from the Adventure Park Insider State of the Industry survey.

At one point in April, nearly every attraction in the world was closed due to the pandemic. Once attractions began to reopen in May, with new safety protocols in place, they were hampered by capacity limitations, staffing shortages, consumer reluctance and government restrictions that precluded many from even opening.

To measure the year-long impact, IAAPA drew on data from the U.S. Bureau of Labor Statistics’ Current Employment Statistics (CES) and Census of Employment and Wages (CEW) programs. Among the findings:

Combined, Florida and California typically account for roughly half of total amusement park and arcade employment in July, and more in off-peak months such as January.

State of the Industry Report. Compared to the broader attractions industry, adventure parks followed the broader attractions trend in employment, according to Adventure Park Insider’s State of the Industry Report (SOTIR). That survey, which drew response from more than 190 recreational parks, traditional programs, and camps, showed a roughly 30 percent drop in seasonal and part-time employment, with little change in the numbers for full-time, year-round employees.

There was a major difference in the recovery rate for adventure parks compared to the broader attractions group, though: adventure parks rebounded faster. With strong visitation and financial performance in late summer and fall, some recreational operators reported record visits and revenues for the period, with many of mid-sized and large operations—those with more than 5,000 to 100,000+ visits a year—reporting a profit for the year. Overall, revenues dropped by 24 percent while expenses fell 20 percent.