You are at:Home»Park Briefs»Foxfire Gets Houdini With Zip
By Troy Hawks on May 22, 2015 Park Briefs 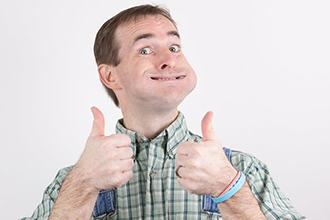 On May 15, the Comedy Barn’s Danny Devaney successfully escaped from a straitjacket zipping along what is reportedly the tallest zip line in the South, the Goliath zip line at Foxfire Mountain Adventure Park in Sevierville, Tenn.

Billed “The Great Goliath Escape,” the stunt is reportedly the first such attempt in the world. The Goliath zip line is 475 feet high and 2,230 feet long. WATCH THE VIDEO

“We are excited to partner with The Comedy Barn Theater and this was a great way to invite people up to the park so they can witness the stunt first-hand,” said Stephanie Postlewaite, general manager.