The ASTM F24 Amusement Device committee’s ballot to F2959-16, Standard Practices for Aerial Adventure Courses, which would have removed the F2959 exclusions for educational curriculum, physical fitness purposes, organized competitive events, therapeutic programs, training purposes and team and confidence building, has been tabled for a year. The action came at the F24 meeting in San Diego, Oct. 10-13. 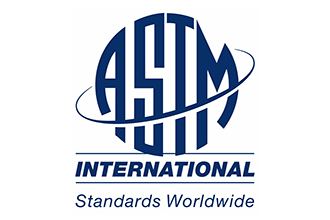 In a second important step, a harmonization task group, consisting of representatives of PRCA, ACCT, and ASTM, has been formed to compare and possibly harmonize the three existing standards.

The move to table the exclusions discussion is the result of efforts by members of multiple industry associations, including PRCA and ACCT, as well as those who signed onto the industry consensus letter to ASTM, and those who directly voiced their concerns to the ASTM F2959 sub-committee, ASTM F24 committee and ASTM leadership, both before the meeting in San Diego and personally at the meeting itself.

“This is to give the process more time and to allow stakeholder input,” said Shawn Tierney, executive director of ACCT.

To address the exclusions issue, a F2959 task group, headed by Mike Barker of PRCA, will work on revising the existing ASTM F2959 scope and exclusions language. The purpose of this task group is to clarify the standard scope, and specifically its exclusion language, to allow these exclusions to continue “for the parties for which they were originally intended,” Barker says. Those parties include smaller camps, therapeutic programs, and others that are not big pay-to-play operations.

The task group aims to formulate new language to be balloted by the F2959 sub-committee and F24 committee before October 2019. The goal is “protecting our industry’s interests and negating the need for the original exclusions removal ballot to be brought back to the table in the future,” Barker says.

However, warns Tierney, it’s likely that “the exclusions in the scope of the standard will be removed at some point in the near future.” With that in mind, he says, “The task group will focus on improving the F2959 standard.”

Those interested in working with the exclusions language task group should contact Barker at climb1guide@gmail.com or (203) 464-9784, and join ASTM as a voting member for F24 and F2959 sub-committee. The group itself is limited to seven members, but Barker encourages all stakeholders to offer their thoughts and advice.