We will be staying on top of the impacts on our industry from COVID-19 and sharing expert insight and resources. Skip King, of Reputation Strategies, has navigated many an industry crisis and here we share his take on the situation.

This story is evolving so quickly that some of the stuff we wrote three days ago is already obsolete. We’re now seeing most professional and high-level amateur sporting events cancelled (including The Masters, our favorite sign of Spring). There are tons of school cancellations (at every level), cancelled flights and a swooning stock market (recovering somewhat as we write this, but who knows what it’s going to look like three days from now?). Louisiana just postponed its Presidential primary. Many ski areas in Europe are closing for the season this weekend in response, as have at least two in the U.S. 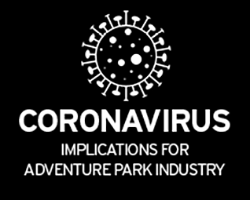 Oh, and toilet paper. Go ahead, try and find some in your local supermarket. Strange days, indeed.

So we’ll do our best to avoid any more than the highest-level predictions and focus on some practicalities.

Wash your hands. And watch your mouth.

Many organizations—both for- and not-for-profit—are making public statements about how they’re managing the coronavirus situation. Many of these statements are pretty good, but even some of the better ones contain a variant on something that always pegs our bullcrap meter:

“The safety of our customers and staff is our highest priority.”

Every time we see that we think, “Really? That’s more important than making payroll?” Every business—whether for- or not-for-profit—actually has (or should have) keeping the lights on as its highest priority.

Yes, you DO want to assure people that you place a premium on their safety, and enact protocols and procedures to ensure it. But claiming it as your top priority? Sorry, that’s dishonest. Better to say, “Safety is A top priority for us.” That passes the smell test, as long as your work reflects it.

That counsel is not specific to the current pandemic, by the way—it’s something you should consider when things return to normal.

Besides: if you’re reading this, you’re most likely involved in a business that’s fueled by some level of risk. However brilliantly you manage risk, however successful you’ve been in preventing serious incidents… if the safety of your customers and staff is truly your highest priority, you’re in the wrong line of work. Go sell yarn or something.

We’re honestly not certain whether this term is a compound verb, a compound noun, or both. But it’s jumped into the social lexicon roughly as fast as the stock market dropped.

The premise is to encourage behavior in which people are less likely to make physical contact, which is one of the ways COVID-19 spreads. Six feet is the recommendation (some genius figured out that that’s about as far as a sneeze can spew).

We think social distancing makes sense in some regards; we’re limiting visits to the grocery store and think we’ll forego going to the movies for a while. But there are certain places, even at outdoor recreation venues, where close contact with others is nearly unavoidable.

We think promoting this tactic is essentially harmless—hey, who doesn’t like having a bit more space around them?—but we question whether in the context of an adventure park it would prove particularly effective in controlling spread.

In situations like this, it’s really easy to be sucked into short-term vision and become purely reactive. There are almost certainly members of your team for whom that should be the primary focus, but senior management should consider something else: what are things going to look like once this is over?

Those under the age of 70 really had only a handful of serious epidemics in their lifetimes that changed the way people in the United States behaved. AIDS and polio both killed a far higher percentage of infected patients than COVID-19 apparently does. Both remain serious diseases, but when it comes to the way most people look at things, modern medicine has largely rendered them benign. Out of sight, out of mind.

We suspect that’s part of the reason COVID-19 is such a massive story: So few people have previous experience related to what happens during major epidemics. Regardless, the pandemic is likely to have both short- and long-term effects on many businesses—in no small part because of public expectations. Our old normal? Stuff like this doesn’t happen here. The new normal? Guess again, Bub.

So take the short-term measures, yes—but to the extent possible, think about what’s likely to happen next. Think one month, two months, six months, a year out. That’s a daunting task given the staggering pace at which the news is flying at us these days, the demands upon us for rapid reaction, and the number of variables still in play. But we still need to give it thought. If things are largely back to an even keel in, say, July, how do you ramp up and save the core of the summer season?

We can look at Asia—notably China and South Korea—where new cases appear to be on the wane. This strongly suggests that things might start calming down here in a few months. What does that imply for your staffing?

Speaking of staff: yes, they’re probably frightened, too—and the way you lead and communicate with them through this event can make a huge difference going forward. Do they feel you level with them? Do they feel you’ve got their backs, and that you truly DO have their safety… as a top priority? At least with regard to full-timers, are you communicating with them about how secure their employment really is? Are you overloading them today in order to save costs elsewhere, without providing the support and long-term reward they deserve for carrying today’s extra load?

We can look to how the public is behaving now, and project forward. Everyone will expect higher levels of sanitation; we don’t imagine that demand for hand sanitizer is going to be any less in November than it is today (though the supply chain will presumably be improved). People forget, but not that quickly. What changes to operational protocol should be brought forward, post-crisis? Do they make sense as a new standard procedure? Have you scheduled adjustments to your operating plans accordingly?

COVID-19 is a traumatic event in our culture. While the impacts of major events tend to fade over time, they tend to change the way we think about things for at least a generation. Think about how the country changed after 9/11. Kids born in this century don’t understand this, but for almost everyone else, that event destroyed the feeling that Americans, on our own shores, were largely invulnerable. This event, in a way, is doing exactly the same thing—except that this time, it’s an enemy we can’t see.

It will change us all. The way we plan for the new normal—as businesses, as a nation—will go a long way toward shaping the new normal as one we can all live with.

Skip King has been managing crises and high-visibility incidents for more than 25 years. He serves as crisis communications counsel to the Outward Bound organization, and has provided crisis and issues management support in a variety of other industry sectors. He authored the National Ski Areas Association’s Crisis Management Guidelines, and has provided crisis communications training, planning and support to many winter resorts. His company, Reputation Strategies LLC, is based in Yarmouth, Maine. Info: www.reputationstrategies.com