You are at:Home»Park Briefs»Report Finds Operator Errors Contributed to Fatality at Glenwood Caverns
By Katie Brinton on September 24, 2021 Park Briefs, Spotlight On...

An investigation into the death of a six-year-old girl on the Haunted Mine Drop (HMD) ride at Glenwood Caverns Adventure Park, Colo., on Sept. 5 found that multiple operator errors contributed to the fatality, “specifically failure to ensure proper utilization of the passenger restraint system (seatbelts), and a lack of understanding and resolution of the Human Machine Interface (HMI) screen error conditions on the control panel,” said the report. 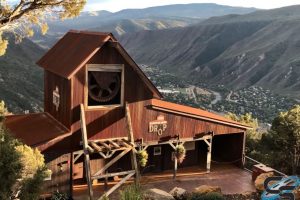 The HMD ride uses two lap belts: a metal rod affixed to a locking mechanism, and a seatbelt. The two newly hired staff operating the ride failed to notice that the girl, Wongel Estifanos, was sitting on top of both seatbelts instead of wearing them across her lap, despite checking the restraints before dispatching the ride.

The ride’s control system prevented the operators from dispatching the ride and alerted them to a seatbelt safety issue on Estifanos’ seat. However, according to the report, the operators then “took several incorrect actions and reset the ride seatbelt monitors which allowed them to dispatch the ride.”

Operator 1 had not properly prepared the seatbelts before allowing Estifanos and the other passengers to be seated, leaving Estifanos to sit on a previously unoccupied seat, on top of still locked seatbelts. When alerted to the safety issue, neither Operator 1 nor 2 was able to properly interpret the error notification, leading them to unnecessarily check random seats instead of focusing on Estifanos’ seat. The Operators then restarted the ride cycle mid-procedure without unloading and reloading the passengers. As a result, the ride dispatched with Estifanos unrestrained.

Because Estifanos was not restrained, she fell to the bottom of the HMD shaft, resulting in her death.

The report concluded that four factors had contributed to the operator errors: a lack of procedures, inadequate training, more than one operator taking responsibility of a ride during a ride cycle, and the restraint system involved.

Investigators with the Colorado Department of Labor and Employment’s division of oil and public safety found several violations of the Amusement Ride and Devices Regulations had occurred, including the operators’ failure to follow operating procedures in the manufacturer’s manual and the company’s failure to review the manufacturer’s operating manual in the operators’ training.

Enforcement of the violations will be pursued via the statutory process, according to the report.

The Haunted Mine Drop will remain closed until the state re-permits the ride, which will require the factors that caused the operator error to be addressed and a Certificate of Inspection to be submitted.