Park operators know liability well. As purveyors of activities with inherent risks—even if those risks are generally designed to be more perceived than real—they know all the moves in setting up a shield to protect against legal or insurance claims. At the threshold of the 2020 summer season, most operators no doubt figured they had their liability bases pretty well covered. Then along came COVID-19 to open up a whole new can of liability worms. 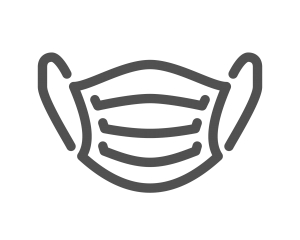 That’s why, on April 30, Adventure Park Insider convened a panel of legal and insurance experts for an online Huddle to help operators sort through what their new responsibilities—and new procedures—might be as they prepared (hopefully) to open, safely and with minimal liability exposure.

The consensus was, in a word, uncertainty, in what attorney Reb Gregg called “a fluid situation.” Procedures and operational guidelines that apply one day might be inappropriate, inadequate, or superfluous the next as state and local jurisdictions repeatedly reshuffle and re-deal new regulations and conditions in response to the ebbs and flows of the virus.

Since that Huddle, many aerial adventure parks have opened with modified operations and limited capacity, but uncertainty remains.

Still, the experts agreed, in both the Huddle and in post-Huddle interviews, that some general principles can be applied. For starters, some good news: COVID-19 claims against park operators should be relatively few. As insurance maven Robert Monaghan of Hibbs-Hallmark noted, other than in rare cases of death or extended hospitalization, monetary damages in a suit merely involving infection or illness would be so small that few lawyers would be interested in taking on a single case.

In addition, the burden would be on the plaintiff in a suit to prove causation, and the experts agreed that that will be an extraordinarily difficult bar to clear. “How do you prove that someone contracted COVID-19 at the park? Why at the park and not elsewhere?” said attorney Jordan Lipp. Attorney Charlie Gfeller joined the chorus: “Proving a proximate cause is going to be very difficult.”

Also, said Gregg, a plaintiff would have to demonstrate that a park operator acted negligently or irresponsibly. Under a legal principle called “premises liability,” Gregg said a plaintiff would have to show that a park failed to provide protection against “something that should have been recognized, anticipated, or prevented.” In short, the combination of a small payout and the high barriers obstructing a path to victory in court suggest that very few park visitors and their lawyers are likely to pursue legal action.

That said, Gregg speculated that “insurance companies don’t want to take a chance on a big verdict coming in,” and might be willing to absorb several smaller settlements as a prophylactic measure.

Nevertheless, the experts agreed that minimizing legal exposure shouldn’t be the guiding principle in establishing operational practices in the age of COVID-19. As Cameron Annas, vice president at Granite Insurance, said: “Your primary focus shouldn’t be to be legal but to be safe.” In other words, it is a park operator’s duty not just to rise above the relatively low baseline for legal accountability, but to take the steps needed to protect visitors from unreasonable risks of harm, including the risk of COVID-19.

Without going into specifics, Gregg summed up this approach in two words: “Act reasonably.” Gfeller applied similar advice: “Be a good citizen.”

Of course, what constitutes “reasonableness” in response to COVID-19 risks is still far from being well established. That is one reason, according to Annas, that insurance companies are treading water for the time being as they consider how to address the COVID-19 issues in their policies. Current policies generally exclude protections against viruses and, for the time being, Annas said, “there are going to be exclusions on exclusions” until companies “get their hands around it.”

Still, as a general measure of protection, park operators should move toward shifting the assumption of risk toward the guest. This is not a new concept, of course. Monaghan recalled how, in the early days of ropes courses, some operators would require participants to fill out a medical screening questionnaire, in effect placing more responsibility on the park for the guest’s safety than was necessary. Such practices soon gave way to current self-screening measures, embodied in the signing of a waiver representing a participant’s acceptance of risk and acknowledgement of being able to meet the physical demands of the activity.

Of course, guests aren’t the only people park operators need to be concerned about regarding infection. Operators need to provide safe procedures and a safe working environment for their employees as well. Again, exactly what measures a park operator is obligated to take in this regard can vary considerably from day to day and from state to state (or jurisdiction to jurisdiction). The consensus of the experts: Closely follow governmental or medical guidance in employee training and workplace disinfection measures.

That still leaves at least two employee-related issues on the table. First is the question of what happens should an employee become infected. Any workers’ compensation claim would have to show that the infection occurred while the employee was within the “scope of employment,” something not as easily determined as, say, a workplace injury.

The second issue regards what might be done in response to an employee refusing to come to work for fear of possible infection. Like so many COVID-19 matters, no legal precedent provides adequate instruction on handling such an issue. “States are going to have to provide guidance,” said Gfeller, a mantra that could be repeated for almost all things COVID-19.

Beyond liability concerns, park operators need to keep in mind additional duty of care responsibilities, especially if an infection outbreak occurs at their facilities.

Annas likened an operator’s principal course of action in an outbreak to the response in a data breach, in which federal regulations require everyone affected to be informed. Should a virus outbreak occur, said Annas, the first course of action would be to shut down for a deep cleansing. But in conjunction with that, an operator would be expected, using waiver and registration information, to notify all park visitors in the previous five to 10 days and to recommend that they see a medical provider.

In the ever-evolving and ever-variable world of COVID-19 guidelines, restrictions, and recommendations, does it make sense for the industry to develop its own set of operational standards? After all, the Association for Challenge Course Technology (ACCT) has already produced a wide range of safety standards for a variety of park facilities and activities.

Regulations, guidelines, and inspections for park operations might differ from one jurisdiction to another, but that hasn’t kept ACCT from developing various safety standards that can be universally applied. Should similar standards—and inspections—be included for health safety related to viruses?

Annas wasn’t sure. He asked, “What expertise does ACCT have in cleansing” for a virus? Instead, he suggested that an organization like ACCT “can lead [park operators]in [a safe]direction, but let them make a decision. What should a clean plan of operation look like?” Even so, he said his “biggest fear as an industry is that we will not get to one clear set of guidelines.”

Gregg warned that “standards can be a trap”—in effect providing a map for a potential litigant to follow. At the same time, he said, “the point [of standards]is to make us better.” Yet given the current uncertainty, he suggested that the establishment of meaningful standards is probably at least six months away. And any standards, he went on, would have to “refer to credible, established, and authorized sources,” presumably meaning government agencies and medical experts.

Despite considerable (and understandable) trepidation among park operators about the impacts that COVID-19 will have on summer business, the Huddle panelists expressed concern that the heightened attention toward the pandemic might cloud the overall liability picture. In other words, park operators were urged not to lose sight of pre-existing safety issues. As Lipp said, “Paraplegic cases are the ones that still scare me the most.”

Any new safety issue, such as COVID-19 infection, needs to be addressed, but it can’t subsume the ongoing pursuit of providing the safest overall environment and experience possible, for both guests and employees.

The bottom line: Act safely and act responsibly. That’s advice that pre-dates the pandemic, and it should provide the scaffolding on which a pandemic-response plan can be built.