You are at:Home»Author: Moira McCarthy

Moira McCarthy is a longtime journalist who serves as the winter sports editor (and columnist) at the Boston Herald. She has written for Snow Country, Ski, and Yankee Magazines as well as Disney Interactive, and for trade journal Ski Area Management. She is also a nationally known speaker on diabetes advocacy and life with diabetes, having written "Everything Parent's Guide to Juvenile Diabetes," as well as "Raising Teens With Diabetes: A Parent Survival Guide" and four other books. She has been involved with the Juvenile Diabetes Research Foundation for 17 years and was JDRF International Volunteer of the Year in 2007. 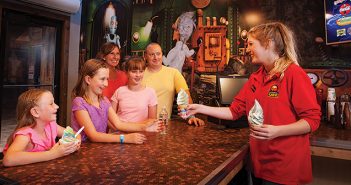 Adventure parks discover the simple pleasure of revenue from retail and F&B.