Drawing return customers can be an issue in the world of adventure parks, where some experiences can be static. So marketers are always trying to figure out how to expand that experience. In the process, more are realizing that tweaks in programming can be as important as changes to actual infrastructure.

Some have recognized that a key market that’s been underserved is that of families with young children. The realization required a change in mindset—Mike Smith of ArborTrek Canopy Adventures says that the first aerial adventure parks catered mainly to ages eight and up, while today, they’re targeting kids as young as four.

“A lot of operators realized that they’re missing out on families who have younger children,” says Smith. “It’s not really about altering courses to accommodate a younger demographic, but looking at summer-based family programming.” 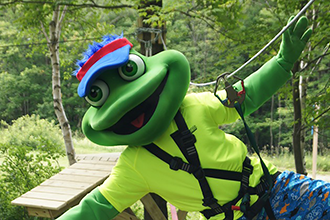 ArborTrek operates several parks including one at Smugglers’ Notch, Vt., where it’s worked hard to create programming for kids, including instating discounts at its aerial park of up to 50 percent off for kids aged 4-7. The facility now features a mascot—a frog named Arbor—that plays with kids, and this year birthday parties with Arbor are on the itinerary. Smith says it’s a way to differentiate the course for younger children. 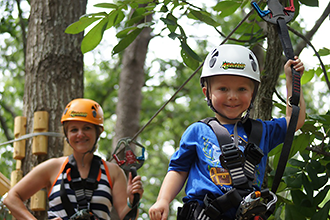 Up north, the Sky Trek Adventure Park in Revelstoke, B.C., has found similar success with newer programs geared towards the younger set, including a netted aerial obstacle course for kids as young as two that starts at around six feet off the ground.

Sky Trek Operations Manager Veronika Stevenson says the biggest advantage to creating activities for younger ages is that it brings families back. “Any time you’re using kids’ activities, the parents love to see them progress,” she says. “You have to make sure you have different levels, but families will be coming back because they want to see their children progress.” 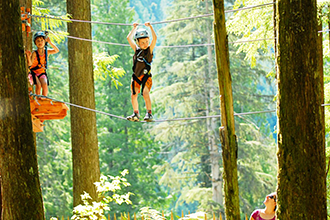 The biggest challenge, says Stevenson, has been convincing parents that climbing in the trees is another activity kids can do on a regular basis, like going to the swimming pool, a distinct contrast to other activities at the park, like zipline tours, which don’t see many return visitors.