You are at:Home»Articles»Employee Recordkeeping
By Bob Curley on April 19, 2020 Spring 2020, Staffing & Training

It’s the kind of story adventure park operators dread: A 10-year-old boy slips out of a poorly secured zip line harness and falls 20 feet, suffering serious injuries. A review of security footage shows the leg straps on his harness weren’t buckled before getting on the line. The guide tells investigators she was clipping two riders into their harnesses at one time to speed up operations. Needless to say, the family of the victim is suing the park.

Accidents happen, and this example underscores the vital need for proper and thorough employee training. But even training isn’t a sufficient defense in court if parks don’t keep careful records of their training programs and relevant employee documentation. Recordkeeping can make the difference between an efficient operation and catastrophic legal trouble, especially for companies operating in a high-risk environment like aerial adventure parks.

Employee recordkeeping can generally be broken down into two categories: what’s required by federal, state, and local law; and what’s really, really smart for park operators to do, regardless of what the law requires. It’s important for employers to understand what they’re required to document, what they should document, and how long it all needs to be kept on file.

There are a host of important regulations of which to be aware. These include Equal Employment Opportunities Commission (EEOC) regulations, which, as most employers know, require employers to keep all personnel or employment records for one year. If an employee is involuntarily terminated, his or her personnel records must be retained for one year from the date of termination.

Under the Fair Labor Standards Act (FLSA), payroll records must be kept for at least three years, and employers must keep all documentation used to justify paying different wages to workers of different genders—including wage rates, job evaluations, seniority and merit systems, and collective bargaining agreements—for at least two years. Pension records and written seniority or merit-system documentation also must be retained for at least one year post-termination, according to the FLSA.

Georgia-based attorney and consultant John M. Jakovenko, who also teaches HR courses, says he sees several common errors when conducting HR audits, most  of which stem from just not understanding the law.

One example: size matters. “The key to understanding what is to be kept in a personnel file is to understand which laws apply to the organization, based on their size,” says Jakovenko. “For example, companies with 15 or more employees have to conform to the Americans with Disabilities Act (ADA), which states that medical items must be kept separate from personnel files.”

Another common culprit, says Jakovenko, The Immigration Control and Reform Act, which requires that I-9 files—certifying someone can legally work in the U.S.—should be kept separate from personnel files.

“The rule of thumb is to keep anything [employees]sign,” advises Jakovenko. “Keeping anything other than that in a personnel file is extraneous and can open you up to claims of discrimination, under some circumstances.”

Employee background checks, drug- testing results, training documentation, and incident reports may or may not be required to be retained by law. (Note: ANSI/ACCT and ASTM standards require significant documentation, and these standards have been adopted by many states.) Required or not, the need to carefully gather, organize, and store this information becomes obvious when something goes wrong, such as an accident involving park visitors or workers.

“Generally speaking, in HR we say, ‘if it isn’t written down, it never happened,’” says Adam R. Calli, a human resources consultant and principal of Arc Human Capital, LLC. “This means if there have been safety violations of any kind, and associated disciplinary action, we need a record of this. We must show that the shortcomings were addressed.”

It’s not just a matter of discipline and accountability, which certainly have their place, Calli says. “It’s also a matter of retraining to ensure mistakes aren’t made again, or if [a staff member has]a lackadaisical attitude toward safety, that people are made to know that this isn’t acceptable.”

Start at the beginning. According to Calli, staff documentation should start during the onboarding process. In addition to conducting background and reference checks, companies should demonstrate that new hires were informed of expectations around safety, communications, and guest experience.

Worker safety. When problems such as injuries, employee errors, or equipment failures do occur, he says, an investigation should be conducted—and documented—enabling the organization to get to the root causes and eliminate them.

“Records that show a thorough investigation was conducted by a qualified investigator will be valuable to demonstrate that an organization takes its commitment to employee and guest safety seriously,” says Calli.

At GoApe, which runs 16 adventure parks in 13 states, every incident—from a scrape requiring a band-aid to major injuries and equipment problems—are immediately documented, says operations director Bryan Millea. Each incident report includes details on who delivered the safety briefing to the guests, the training received by the employee(s) involved, and how recently a manager reviewed the employees.

Documenting training is equally as important as documenting specific incidents, says Charles Mickley, business relationship director for 1Risk, a risk-management data solutions provider. Without legitimate documentation that training was received, operators may find themselves in a challenging situation should an incident occur.

“We have found that most operations do a very good job of training staff, but not such a good job tracking the training,” says Mickley. “The need to keep track of training information is especially acute at companies that have many seasonal workers and high turnover, such as adventure parks and ski resorts.”

The burden of proof for operators is even higher when incidents involve staff with certification and licensing requirements, such as heavy equipment operators, first aid, aerial equipment inspectors, and certifications from the Association for Challenge Course Technology. Make sure you can document certifications and licenses and that these are current.

Fortunately, an increasing number of technology-based solutions are available to bring all of your human-resources recordkeeping under a single digital roof.

Solutions such as Ultimate Software’s PeopleDoc and Bamboo HR are designed specifically for paperless HR recordkeeping, while other products, like iSolved, combine payroll and HR recordkeeping functions.

Deanna Baumgardner, president of HR consulting firm Employers Advantage, LLC, says such products help companies meet the dual challenge of “what to keep and what not to keep.”

A sometimes-overlooked aspect of recordkeeping is when it’s appropriate to discard unneeded records. Keeping post-termination documents longer than the period required by law, for example, can hurt companies in an audit.

“If you keep those records five or seven years, the auditor is going to look at them,” says Baumgardner. “A digital record-keeping program, on the other hand, can delete such documents automatically and also ping supervisors to shred any paper copies.”

Baumgardner, who sits on the parks and recreation committee in her hometown of Huntersville, N.C., says automated systems can be especially valuable in keeping track of certification and training documents, such as those required of lifeguards, childcare workers, and challenge course employees.

Tracking individual employees. 1Risk began beta-testing one such new software tool—Learning Management System (LMS)—at eight outdoor resort properties last fall. LMS will be the mechanism for the media display of the training documents as well as a tracking tool for who took it, when, how many times, how long it took them, and whether the employee passed or failed, says Mickley. The software also can be used to notify employees about required training and when it needs to be completed.

The 1Risk Learning Management System (LMS) has a variety of tracking functions and other resources for staff and employers.

While some companies simply keep a spreadsheet on employee training compliance, Mickley says that the detailed data retained by 1Risk can be reported in response to workplace incidents to demonstrate that employees were trained in the specific policies and procedures involved. “Whether it was the operation’s fault or the guest’s fault, you can show that the employee was trained and passed the exam,” he says.

Merit, a company known for providing verified digital licenses in the skydiving industry, recently set its sights on the adventure park industry. Director of business development Dylan Avatar says digital licenses and accreditations can be integrated into companies’ HR recordkeeping systems and referenced in post-incident investigations. These licenses can ensure that companies are hiring qualified people in the first place, which is meaningful. “They are not like a paper license that can be forged,” says Avatar. 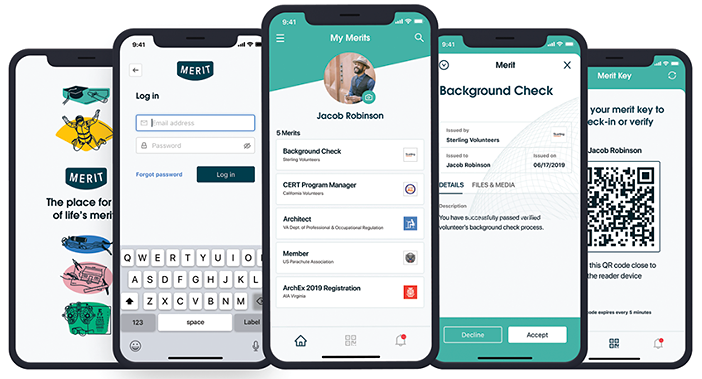 Merit is a platform that specializes in organizing and tracking verified digital licenses, accreditations, accomplishments and more for staff.

Having a well-documented employee evaluation process also can head off legal problems in the future.

“If employees don’t receive [evaluations], it’s easy to argue that they weren’t receiving direction, or that the standards expected at the company regarding guest experience, efficient operations, or safety weren’t being reinforced,” says Calli.

It’s also valuable to recognize staff members that are doing it right—and keep records of it. “Employees who receive commendations for consistent proper operations—be it in a performance appraisal, or just in the course of normal operations—should receive reward and recognition,” advises Calli. “For both individuals and teams, the company can show that positive steps were taken to reinforce appropriate/desired behaviors.”

Though recordkeeping might seem like a burden at times, it’s well worth the time and effort to document your employees carefully. In some cases, it’s the law. In others, it’s just good sense. In all cases, it demonstrates the care and attention you have given to your staff. In the event of an incident or a complaint, having proof of your inspections, training, and evaluations is invaluable.